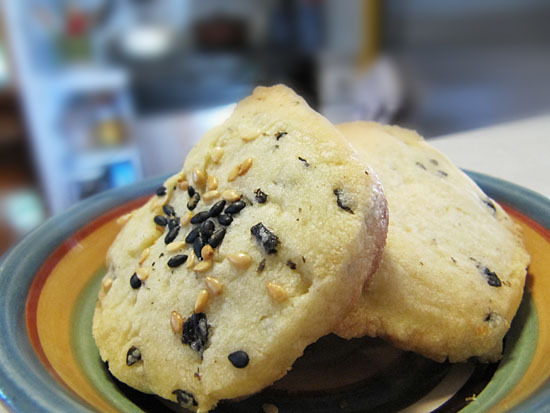 Okay, ya’ll — seaweed cookies for French Fridays with Dorie. I’m actually okay with that, in fact, I thought I would even like them. But, I just thought they were too salty. One thing I did do was add a mix of black and white sesame seeds to about half of them and I thought those were kind of good, jwa did too.

But really, this is not one I would probably make again. In fact, just tonight I asked jwa if he wanted another cookie and he was all, “No, that’s okay, I had one at lunch.” When was the last time you skipped an evening cookie (a super small one, even) because you had one at lunch? Exactly. Anywho…

Notes:
1. I halved the recipe (yes, I halved the egg yolk too) and I only got about 15 cookies. I don’t see how a full recipe could possibly make 70 cookies? Did anyone get even close to that?
2. Like I mentioned above, I added sesame seeds to the tops of about half before baking. Those weren’t too bad.
3. My dough was very crumbly (even after refrigerating for a few hours). I’m assuming I just measured my flour badly.
4. I still have the utmost faith in Dorie’s baking recipes as her Good for Almost Everything Pie Dough is still, hands down, the absolutely best in the world pie dough. I just used it to make homemade pop tarts and they were amazing!

Okay, on with the pictures and a link to everyone’s posts! 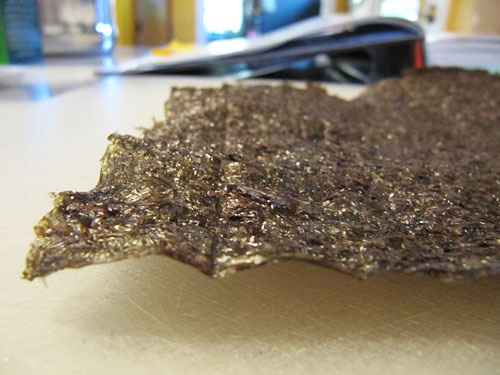 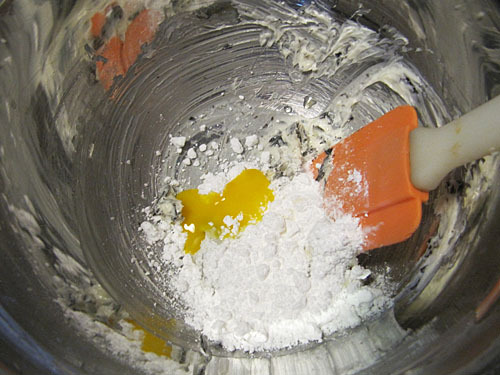 Mixing up the dough with half an egg yolk, yo. 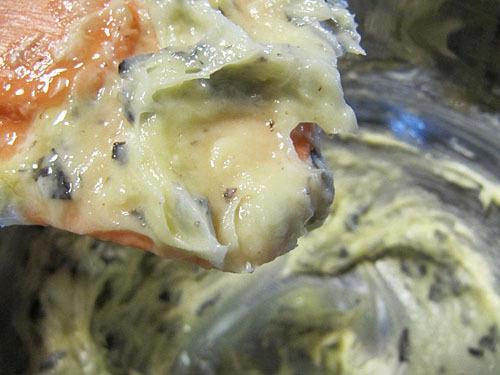 It looks kind of pretty… 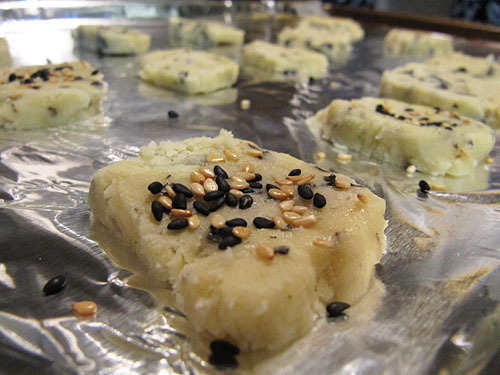 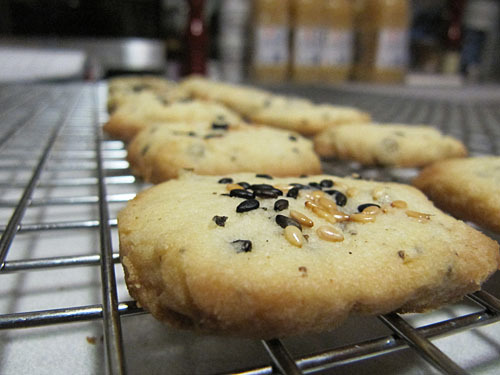 Out of the oven…who will try one first? 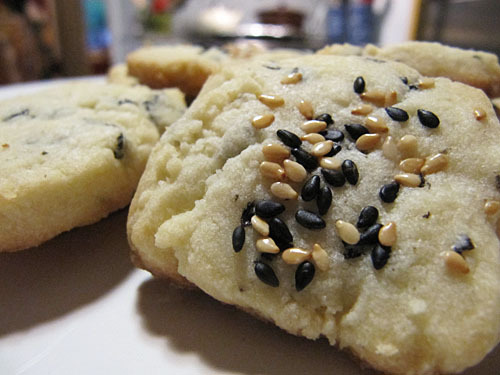