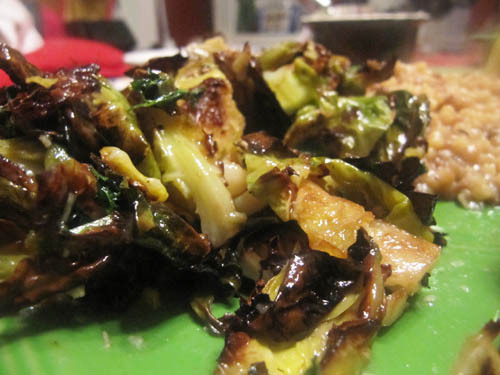 The original recipe was for frying, but due to the other items I was making for dinner (salmon w/ a feta and artichoke topping and couscous) and the attention they would need, I opted for roasting, since I know that produces a fairly golden, crunchiness that would work just as well here. And, most importantly, I was able to just pop it in the oven, while leaving the stovetop and my hands free for other things. Yeah, it worked well.

My substitution are included below in the recipe ingredients. Originally, the dressing was chopped/minced and whisked together and anchovy fillets and serrano chili were used. I chose to utilize my food processor because I am a bit lazy. I also made just a half recipe of what’s listed below, but next time I’ll know better. Make a full recipe. It’s awesome! 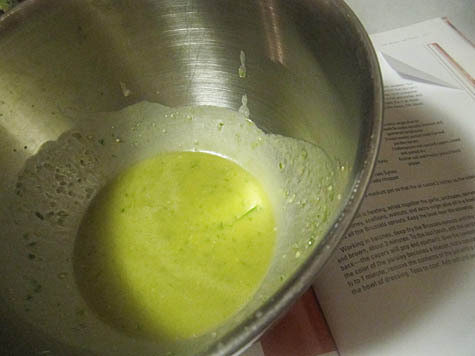 Preheat oven to 425 degrees F. Add the garlic, anchovies (or paste), serrano (or jalapeno Tabasco), red wine vinegar, honey and scallions to the bowl of a food processor and process until smooth. Stream in the olive oil, it should emulsify a bit. 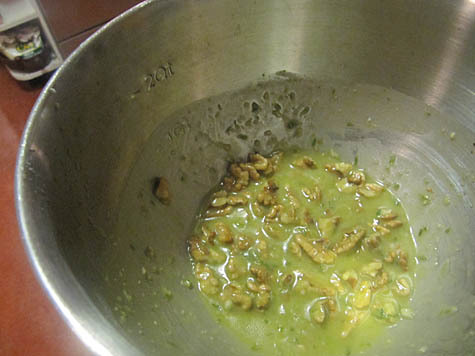 Remove the dressing to a bowl large enough to toss all of the Brussels sprouts and add in the walnuts. Set aside. 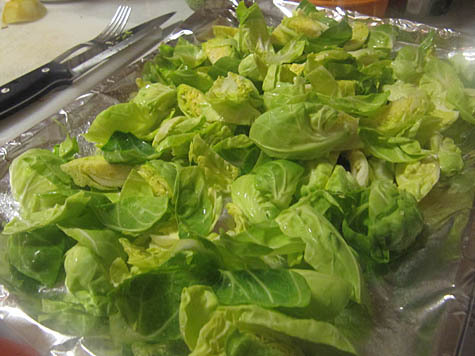 Toss Brussels sprouts with the 1 tablespoon of remaining olive oil and give a sprinkle with salt and pepper. Roast in the oven for about 15 minutes. Check for brownness and crispiness. They should be getting both. 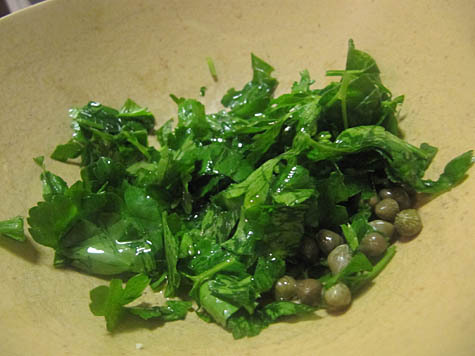 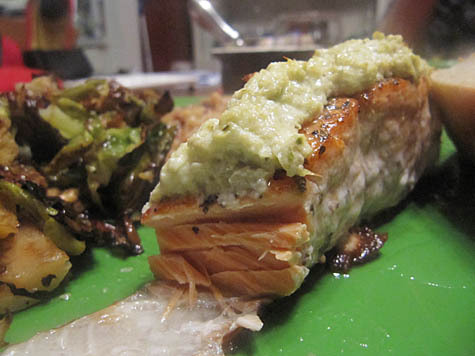 Sprouts on the side of some salmon with artichoke & feta topping.

2 Replies to “Roasted Brussels Sprouts with Walnuts and Capers”