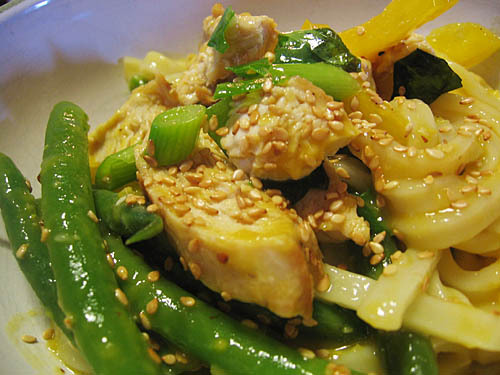 Well, it looks like this is the second salad post in a row. I will fix that by posting about ice cream next!

This recipe made a great cold lunch. You could serve it hot or warm, but I think it works just as well as a cold salad. The nice part there is you could roast all the veggies the night before (or in the AM), when it is cooler, toss it all together (minus the dressing), and then serve it later in the day, with the cool mango-sesame dressing. I actually made the salad at night, divided it out into bowls, packed the dressing up on the side, and both jwa and I had it for lunch at work the next day.

You can really add whatever vegetables you like here — as few or as many that you’d like. I kind of just used this as an excuse to clean out my produce bin. An excess of summer zucchini would probably work well here too!

Make Dressing:
Combine all ingredients in blender. Cover tightly; blend until dressing is smooth. Season to taste with salt and pepper. Cover and chill until ready to use. Leftover dressing can be kept refrigerated for about a week. 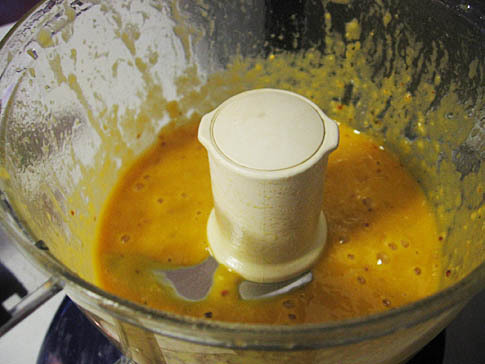 Salad:
Preheat oven to 425 degrees F. Arrange all vegetables to a baking sheet. It’ll look like a lot but vegetables always cook down. Sprinkle with a little olive oil, salt & pepper. Roast for about 15 minutes. remove from oven and let cool. 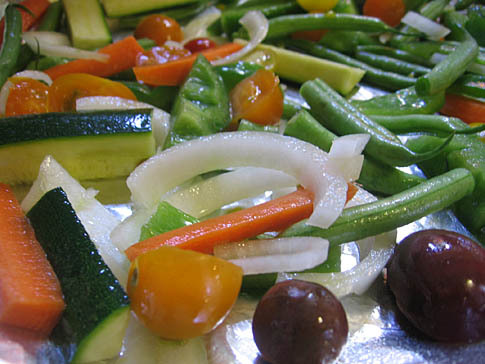 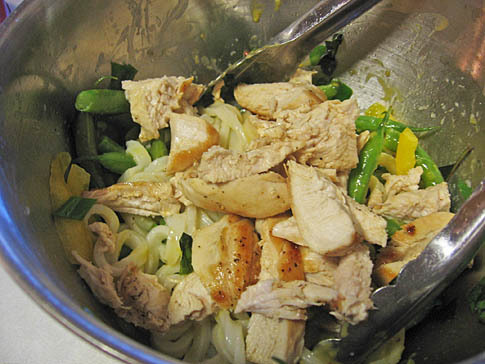 Arrange salad in bowls and top with toasted sesame seeds. 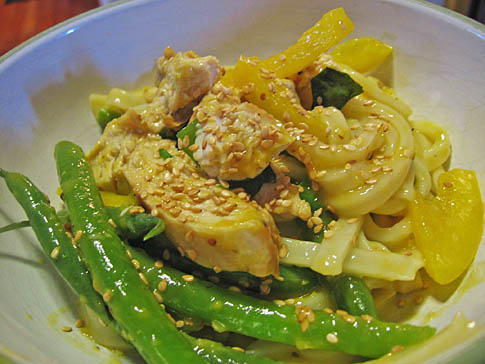