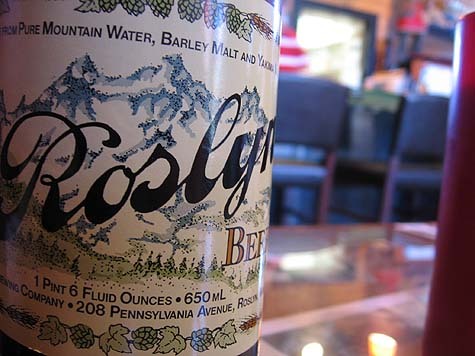 Mostly all pictures from our trip to Roslyn, WA. We stayed at Huckleberry House, right near downtown. We were in the Cicely Suite. Breakfast was delicious — smoked salmon and vegetable egg scramble, pepper-honey bacon, huckleberry pancakes and fruit. If you are looking for a place to stay in Roslyn, this was very nice. We aren’t normally B&B kind of people, but we enjoyed it. 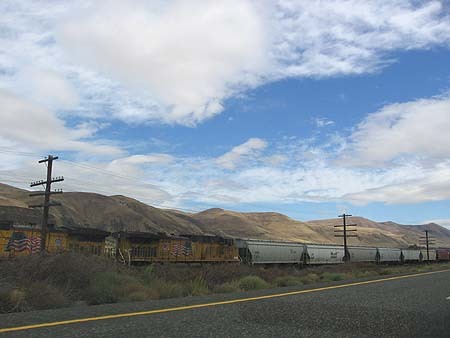 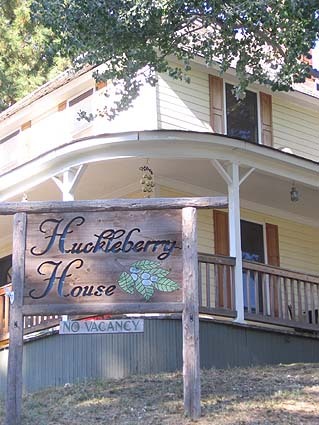 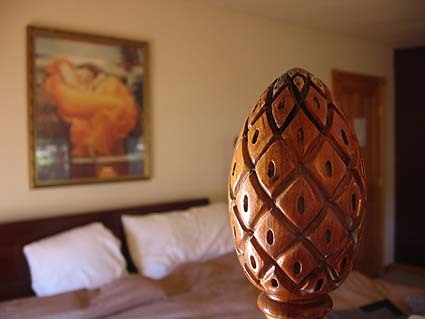 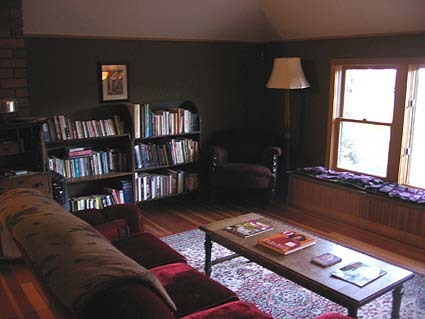 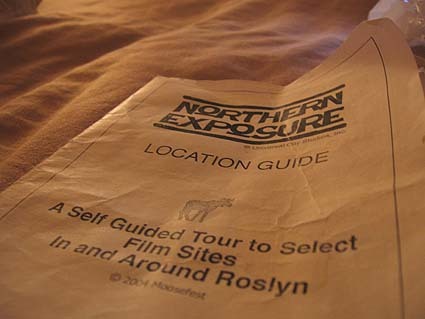 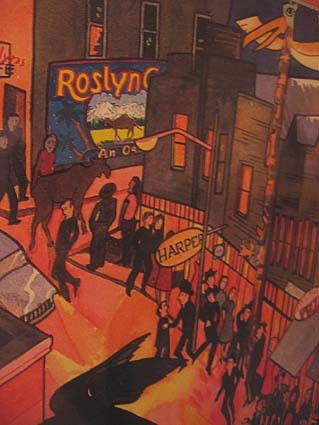 A poster from MooseFest, a NoEx convention kind of thing. 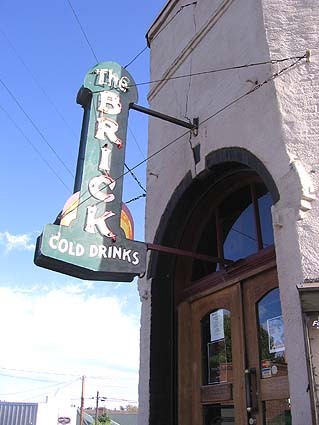 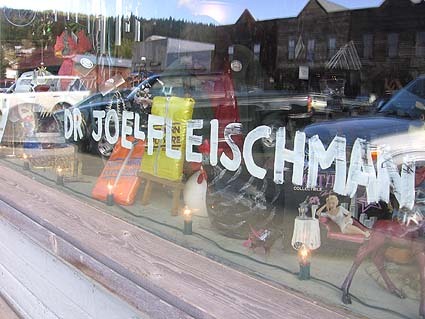 Dr. Fleischman’s office. Now it’s a gift store, but his name is still there. 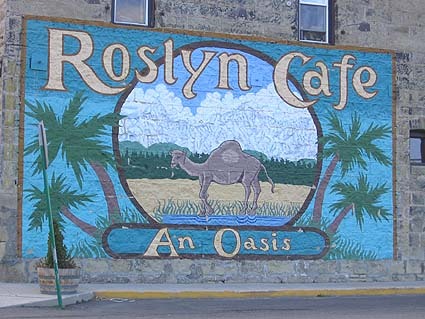 The Roslyn(‘s) Cafe mural. They’ve taken out the ‘s. 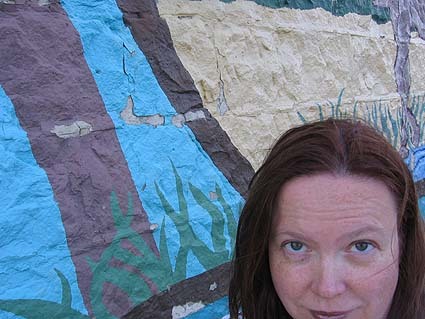 Me by the mural! 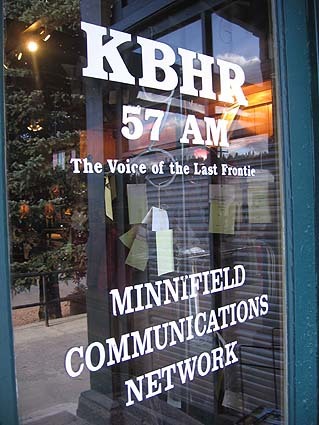 The door to KBHR. The text is still up! Minnifield Communications Network! This is a 2nd door to a furniture store. You can’t go in this way, but they’ve kept the DJ area intact too. 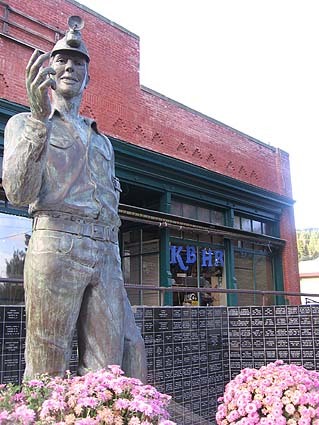 KBHR from a distance and a mining statue. 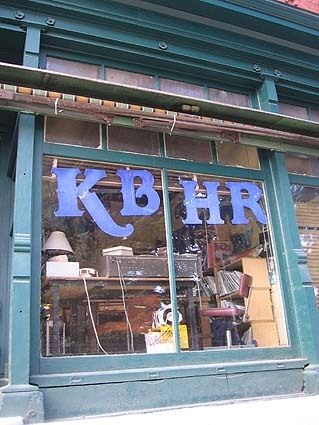 The DJ area, without Chris waxing all philosophical. 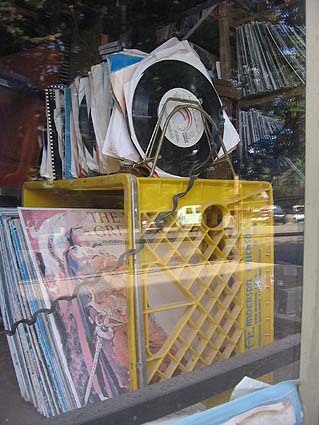 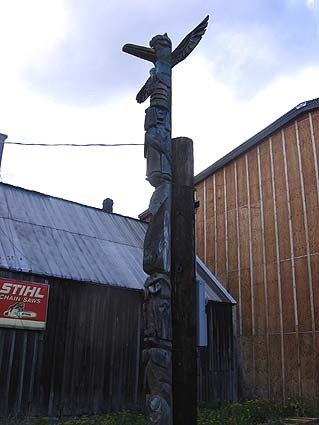 Totem pole in town that was used in the show. We just re-watched the episode where that guy died in Joel’s waiting room. They put the body out by this totem pole and then people walked by to see if any one recognized him. No one did… 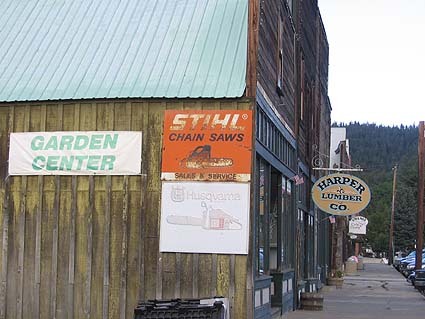 Looking down the main street. 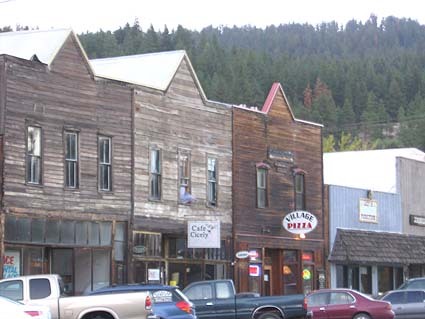 Another view of the familiar buildings. 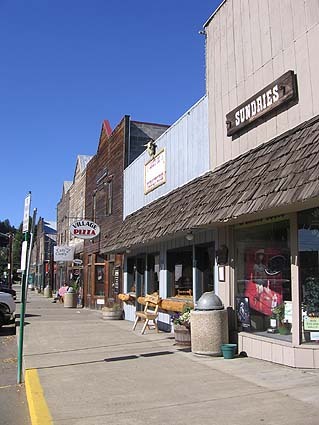 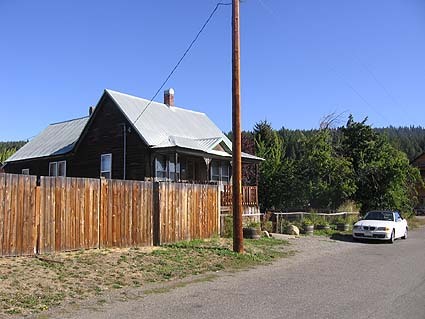 Maggie O’Connell’s house (the first one). 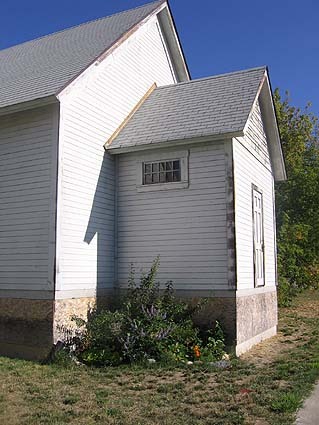 The building that was used as the church. I read that the crew constructed it just for the show. It’s abandoned now. 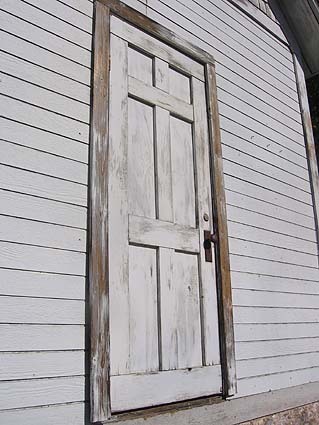 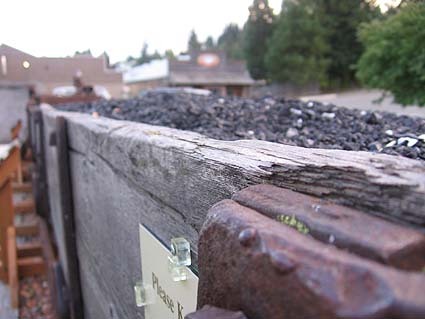 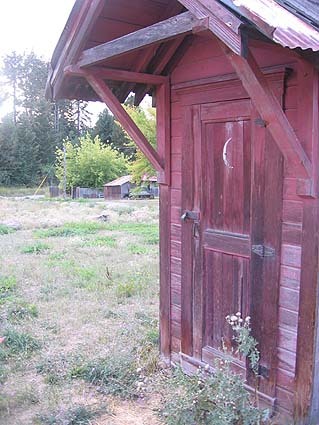 An outhouse in the exhibit. 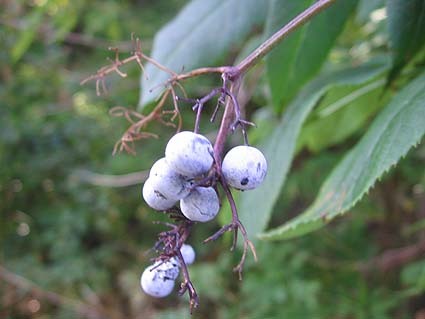 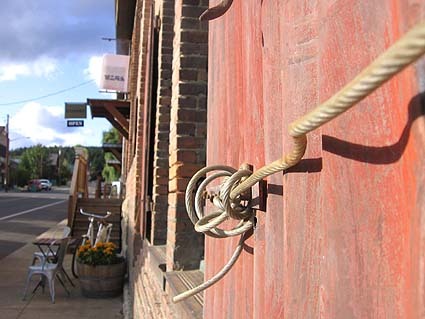 Just an arty shot in town, outside an art gallery. 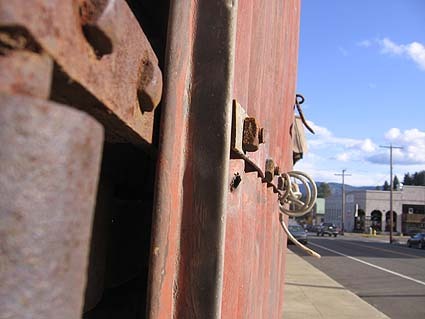 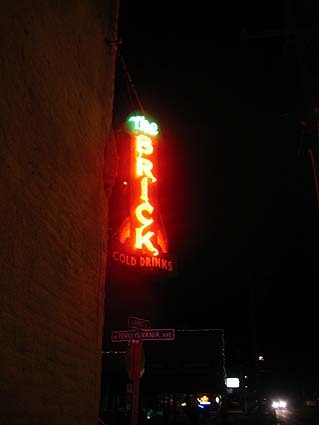 The Brick at night. 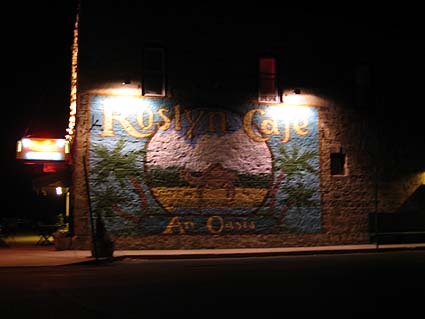 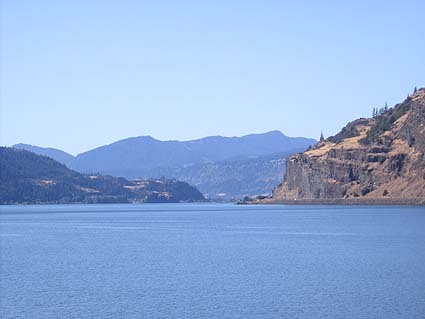 2 Replies to “Pictures from Roslyn”