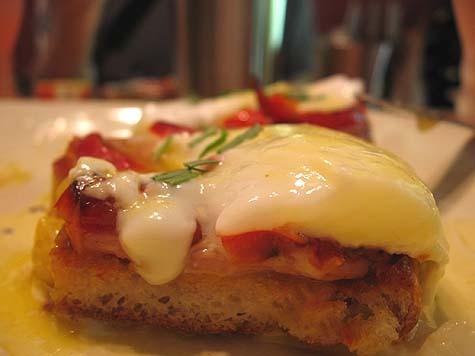 This was truly an experiment and it was a good one. I generally have mediocre success with poaching eggs and I have never made hollandaise before. But here, everything seemed to turn out pretty well. I think this was mainly due to my sitting down and planning out how to make all this so everything was done around the same time. I did some stuff early (the bell peppers and the Canadian bacon) and made sure I mise en placed!!! it all. Ha!

I took my eggs out of the fridge about an hour before using, so they would be room temperature-ish. This may have helped. I also just accepted the fact that my whites might get a little messy. They did. There was still a little yelling. But, mimosas helped take the edge off all the poaching egg related stress (PERS).

The blender hollandaise sauce might be cheating a little but …who cares? I was super pleased with the results. Light and lemony, it was delicious! I made 2/3’s of the original recipe, as there were only two of us. And although I didn’t use it all, I thought that would be easier than only using one egg yolk plus less butter and taking the chance that there wouldn’t be enough of it in the blender to emulsify correctly.

Dilemma: I have about two tablespoons of hollandaise left in the fridge. I am tempted to make a veggie sausage patty-zuccchini muffin sandwich tomorrow am, and dip it in the leftover hollandaise sauce. Hmmm…. 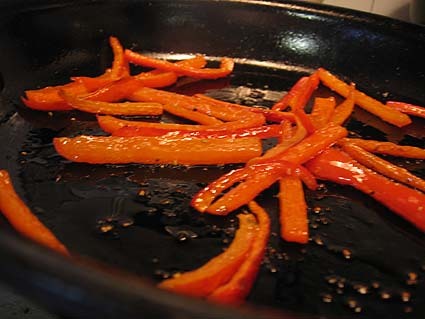 Preheat the skillet over medium heat and add the oil. Next add the bell pepper strips and a little salt & pepper. 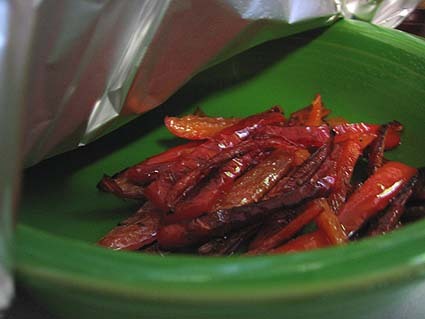 Saute for 5-6 minutes until soft and a little golden in places. Remove from the pan and cover with foil. 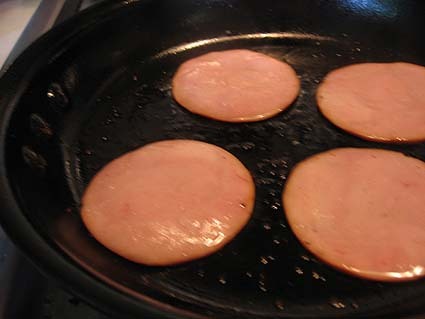 Return the same skillet to medium heat and add the Canadian bacon slices. Give them abut 1 minute per side until you have some color. Remove from pan and cover with foil. If you are making breakfast potatoes, add more oil to the same pan, return to heat and cook the potatoes in this same pan. This is what I did, mmmm… Okay, where was I? Oh yeah, if you are doing other things (potatoes) get them within a few minutes of being done. 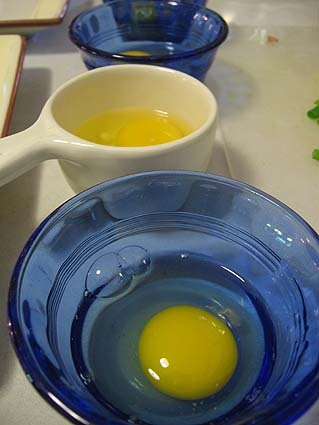 Then, fill a nonstick skillet up with about 3 inches of water. Add some salt and the vinegar. Crack you four eggs into ramekins. Bring your pan of water to a simmer. When bubbles are starting to appear (but it’s not boiling), pour the eggs in, turn off the heat, and cover it up with a lid. Set a timer for about 3.5 minutes 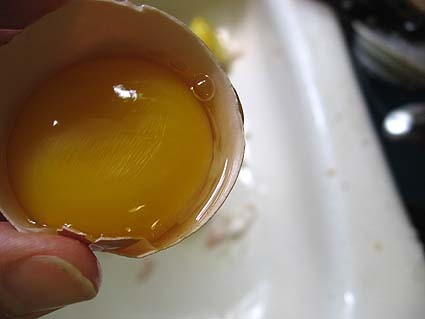 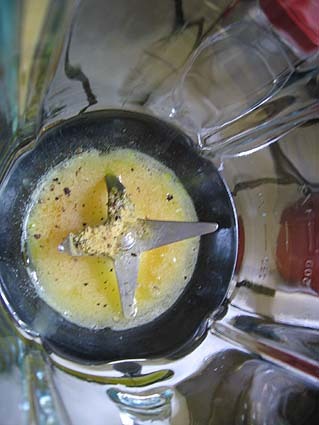 Blend together and then slowly start pouring in the hot, melted butter with the blender running. Stop the blender when all the butter has been incorporated. 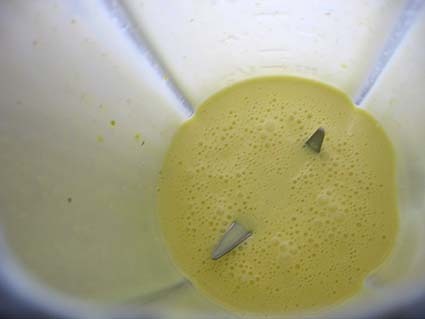 Taste and adjust the seasoning, if necessary. Thin the hollandaise with a little warm water, if it is too thick. 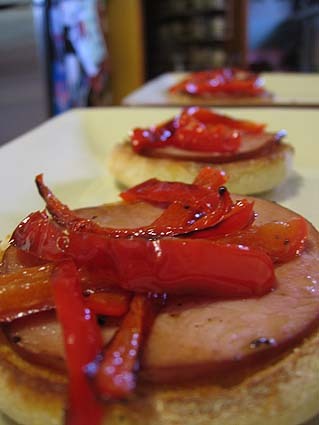 Put two halves of an English muffin on a plate and top with the Canadian bacon slices. Then divide the bell pepper slices between the muffins. (If you need to rewarm the peppers and bacon, just put them in the microwave for about 30 seconds. 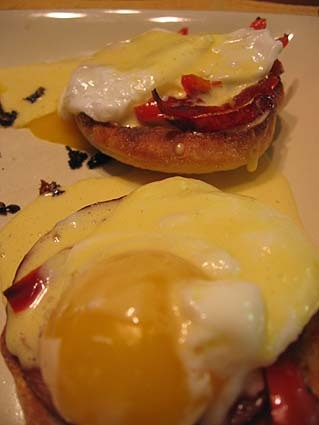 Use a slotted spoon to remove your eggs and place an egg on each muffin slice. Top with some hollandaise and chopped tarragon. 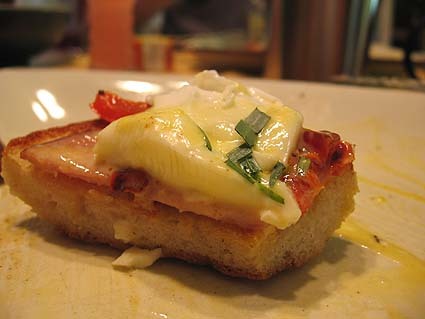 * There weren’t a lot of pictures of the actual egg poaching and hollandaise blending because it’s hard to do all that and take pictures too!