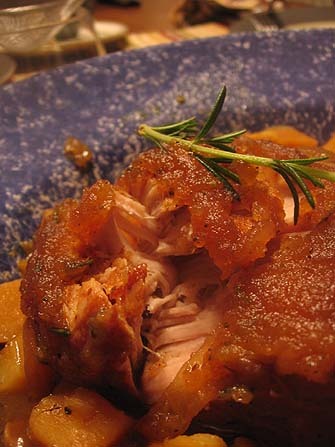 This was super good and appropriately Fall-ish. Originally, the recipe called for parsnips and turnips, but I changed the turnips to sweet potatoes. I also added some garlic cloves. I would think you could use any root vegetables you wanted to — potatoes, carrots, rutabagas, etc…

And, I finally mixed up some of this Essence seasoning mix stuff. I used teaspoons instead of tablespoons, though. So, yeah, this is an Emeril recipe. At first, jwa was skeptical, as he is of all things that come out of a crockpot. But, in the end, he was won over. Sweet, succulent pork will do that. Epic win.

My pork loin was on the smaller side (about 2 pounds). Didn’t seem to make any difference. Enough for dinner and lunches later in the week. 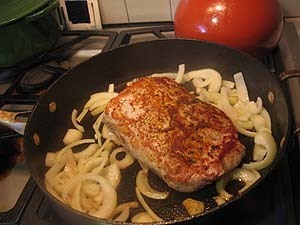 Set a big skillet over medium-high heat and add the olive oil. Add the onions. Season the pork with some salt, the Essence and some black pepper. Sear the pork in the hot pan for 2 minutes on each of the four sides, and on the two ends as well. 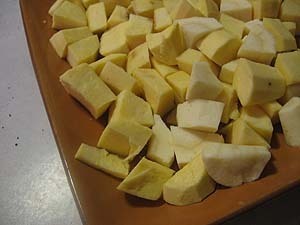 Place the pork and onions in a slow cooker and add the chicken stock to the pot. 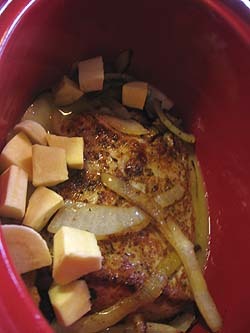 Lay the sweet potatoes, garlic cloves and parsnips around the pork, salt them with the remaining 1/2 teaspoon kosher salt, and place the lid over the crock pot. Turn the heat up to high and cook the roast for 3 hours. 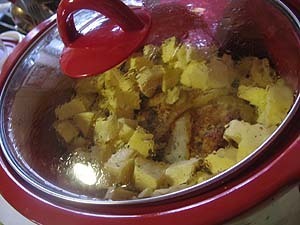 While the roast is cooking, combine the applesauce, sugar, vinegar, sage, rosemary and ginger in a saucepan and bring to a boil. Reduce the heat to a simmer and stir. Cook until the applesauce is thickened, about 10 minutes. 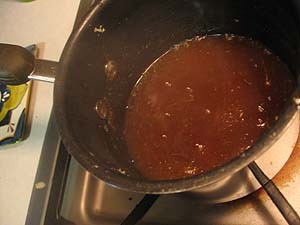 After the roast has cooked for 3 hours, pour the glaze over the top and replace the lid. Continue to cook for 1 hour longer, until very tender. 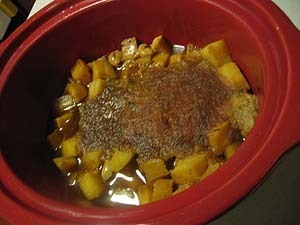 Serve with the pan juices. Hint: You will want bread to sop up all the pork juices. 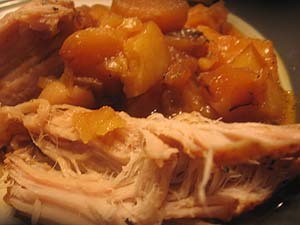 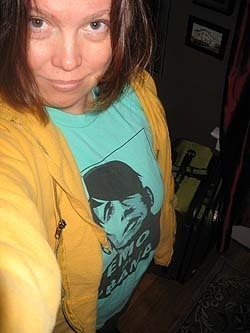 Yes, yes. It’s the truly awesome Emo for Obama t-shirt… I got it at Zazzle a while ago, but I can’t seem to find it there anymore. I wanted to get one in a different color too. Sad.