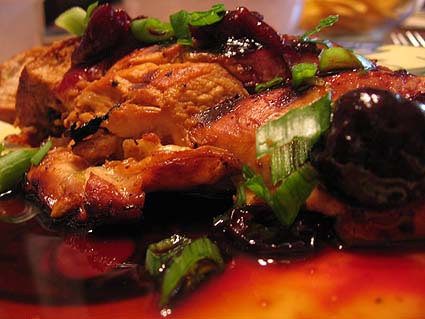 This — this was excellently tasty. I was a little cautious when I read through the recipe, which called for chipotle peppers, cherries, ketchup and assorted spices, but after all, it was in the June/July issue of Eating Well* and…well, they’ve earned my trust.

This is also a nice recipe for the summer months. You can cook it outside or in a grill pan. Either way, there’s minimal indoor heat (no oven) being used. In the hot Summer months, I envision this with a creamy jalapeno potato salad and roasted corn on the cob.

Regardless of the sides or season, it made for a wonderful meal. Go make some now — you won’t regret it! 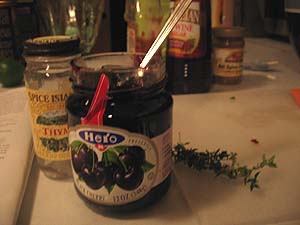 Stir the cherries, broth, preserves, ketchup, vinegar, chipotle and thyme in a bowl. Add the chicken and marinate two hours to overnight. 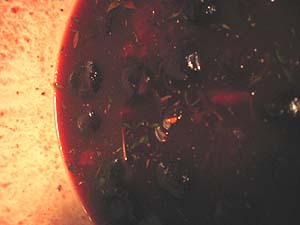 Preheat a grill pan or outdoor grill. Remove the chicken from the marinade and grill until no longer pink inside, 8-10 minutes per side. When I made this recipe, I only used two chicken breasts, as there were only two of us. So, I divided the marinade and used half for the raw chicken and half for the sauce. Mainly, this was because I had way too much marinade for just two chicken breasts. 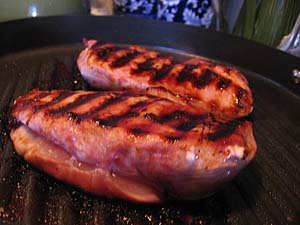 Pour the marinade (what you used for the chicken or unused extra marinade) into a pan and bring to a boil. Bring to a simmer and reduce for about 12-15 minutes. When chicken is done (165 degrees), remove and plate together, covering with foil. Let rest. Slice each breast and fan out onto plates. Pretty. 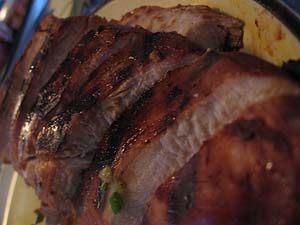 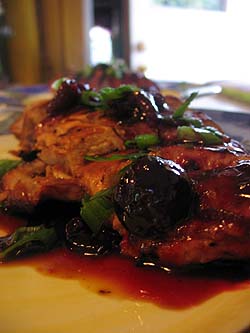 * Someday, I will post my Cooking Light vs. Eating Well rant. I used to love Cooking Light magazine. Now? Meh. It’s like 1/4 recipes and 3/4 “lifestyle magazine”. Pfffttt. If I wanted that, I would go buy Self or Shape or any number of those kinds of magazine. I want healthy and tasty recipes! Enter Eating Well! Everything Cooking Light used to be (back in the much fabled “day”), but with better images and great recipes. Ha! It’s a mini-rant. More to come someday.