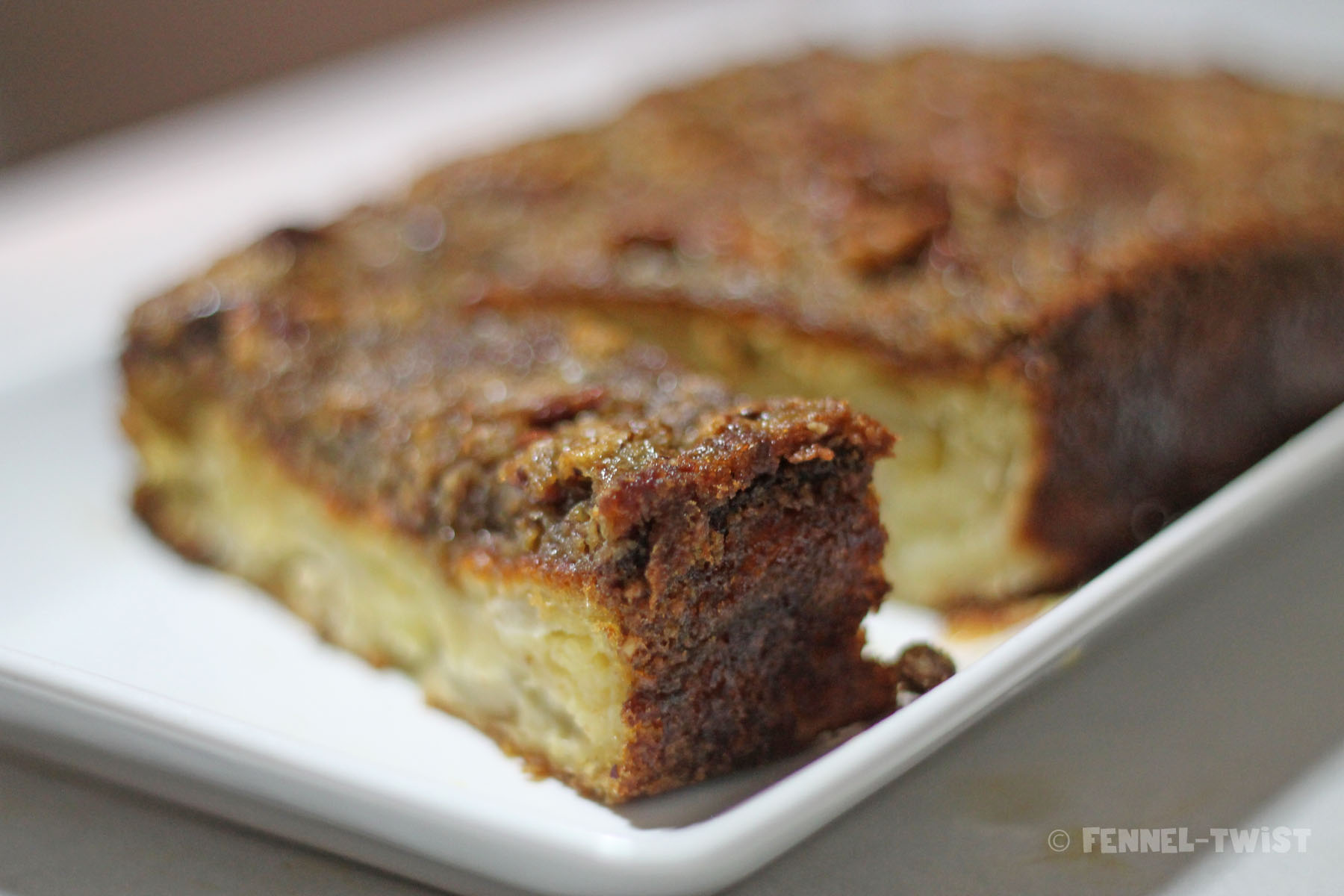 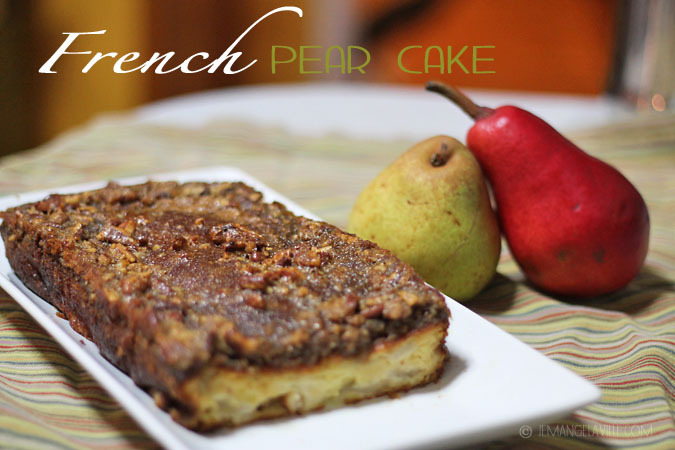 This cake is unlike any other I’ve made. Well, except for the apple cake that it’s based on.

But, here, in this rebooted version, pears replace the apples and pecans replace the walnuts. The pears are peeled and thinly sliced and then mixed into a very light batter. During a second trip into the oven, the brown sugar and pecan topping firms up and turns golden brown, with an almost custardy cake beneath. It’s really pretty amazing.

There may seem to be a number of steps, but don’t fear, it all comes together very easily and the only special gadgets you need are a cake pan and a couple of spatulas. So give this fall dessert a try! 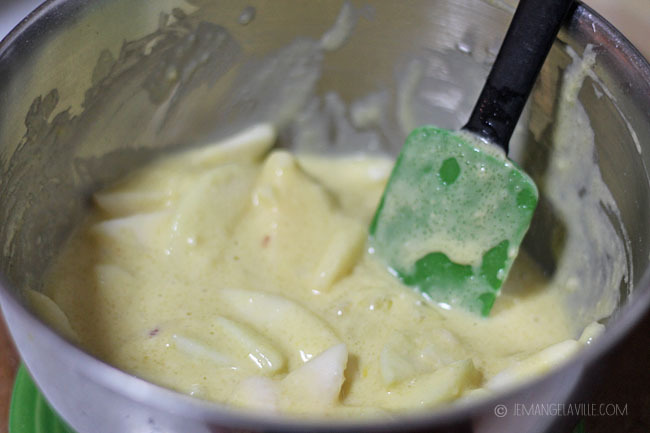 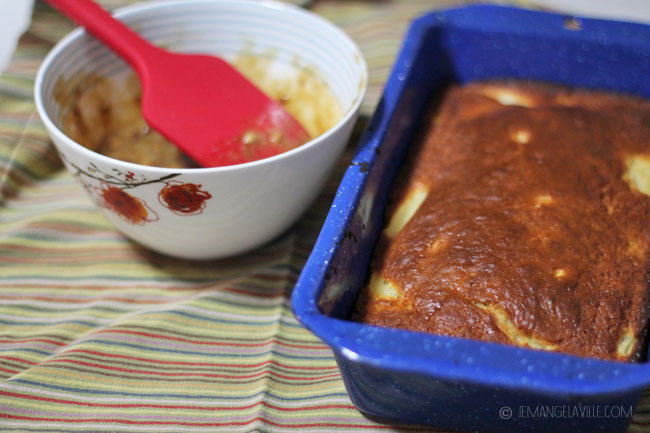 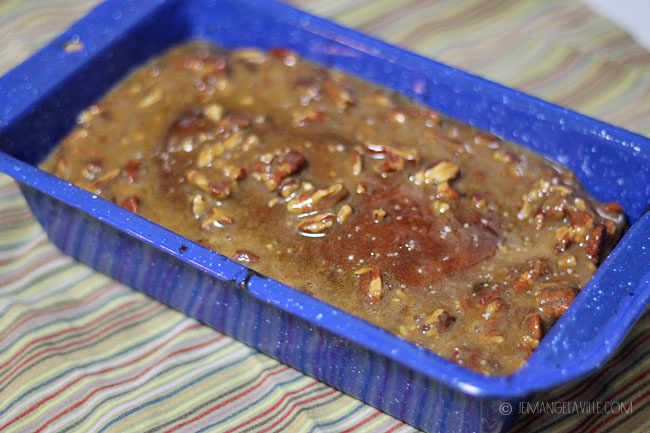 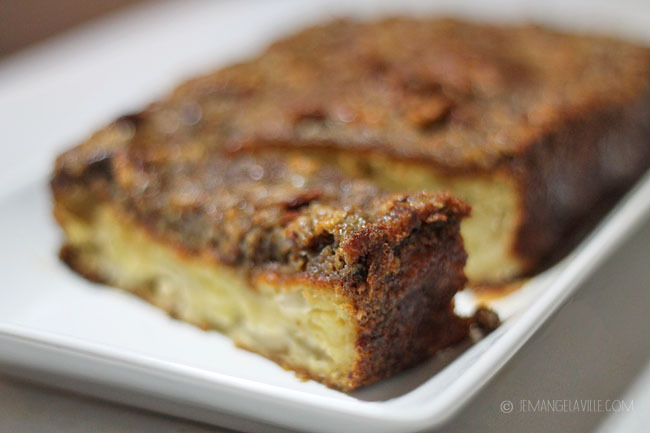 French Pear Cake
About 8 servings; Adapted from the Apple Lady Apple Cake in the Paris Cookbook by Patricia Wells

Preheat the oven to 400 degrees F. Decide on your pan. I have made this cake in a round cake pan and also a loaf panâ€”both worked just fine, but for the best presentation, you will also need to flip it out of the pan, and then onto a serving plate. You can also use a springform pan and skip the flips entirely.

Once you have decided on the pan, butter and flour the pan or, in a pinch, coat the inside with non-stick cooking spray.

In a large bowl, combine the flour, sugar, baking powder, and salt. Stir to blend. In a separate bowl, mix together the vanilla extract, eggs, oil, and milk. Then add that to the flour mixture and stir until well blended.

Add the pear slices and combine to thoroughly coat them with the batter. Your bowl will contain mostly pear slices, covered with a bit of batter.

Spoon the mixture into the prepared pan. Place the pan in the center of the oven and bake until fairly firm and golden, about 35 minutes. (I have found that both a cake and a standard loaf pan take the same amount of time.)

Meanwhile, while the cake is baking, prepare the topping: In a small bowl, combine the sugar, egg, and melted butter, and stir to blend. Set it aside.

When itâ€™s done, remove the cake from the oven and turn the temperature down to 350 degrees F. Pour the topping mixture over the cake and sprinkle with the pecans.

Return the cake to the oven and bake until the top is a deep golden brown and the cake feels quite firm when pressed with a fingertip, about 15 minutes. After 10 minutes take a peek and make sure the brown sugar is not burning. If itâ€™s getting too dark, cover loosely with foil for the last 5 minutes.

Transfer the cake pan to a rack and allow to cool for 10 minutes.

Run a knife around the sides of the pan and release and remove the springform side, leaving the cake on the pan base. Or, if using a regular cake or loaf pan, after running the knife along the edges, put a plate over the top of the cake and flip onto the plate. The cake will be upside down. Take another plate and put that on top of the cake and flip again. The cake should now be right-side-up on the second plate.

Serve warm or at room temperature, cut into thin wedges. Store in the refrigerator for up to three days.