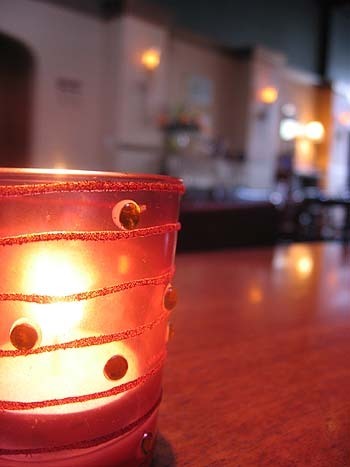 So, jwa and I did the Great Columbia Crossing 10k in Astoria on Sunday. He ran and I walked it. He did the 6.2 miles in 49 minutes and 49 seconds. So awesome! Meanwhile, I walked the 6.2 miles in 1 hour and 40 minutes. Not too bad. My goal was to come in at or under 2 hours. Woo! We figured out that he ran at about 7.7 miles per hour and I was doing about 3.8 miles per hour walking. Not too bad. Especially since this is the first time either of us has done anything like this before.

We drove up there Saturday, scanning the radio, while jwa sang along with a lot of the songs we recognized on the radio in the style of the Decemberists. And that is as fun as it sounds!

After getting out of Portland, I was slightly nervous at the number of McCain/Palin signs on the drive in, but was relieved to see a huge Obama/Biden sign about 20 miles outside of Astoria. Hooray! I try to keep my blog politics-free (hey, we all like to eat), but we cheered at the sight of that one.

Anyway, once in Astoria, we picked up our packets at Astoria High School (tons of Obama bumper stickers in the parking lot) and then continued on to the Hotel Elliott to check in. We had a tasty pasta dinner at Fulios. When you are running/walking six miles the next day, you need to bulk up with some pasta. Yeah! 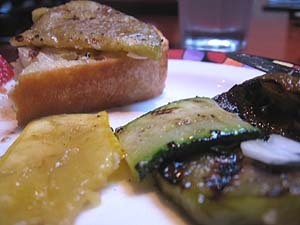 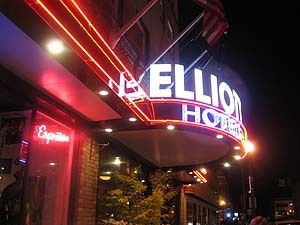 After this, we went back, got in bed, and watched Hud on TMC. 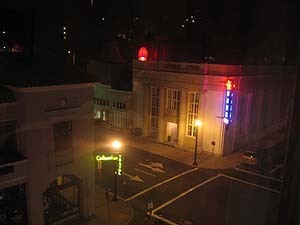 The view from our hotel window at 6am 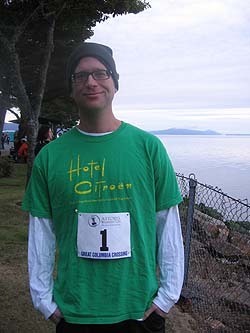 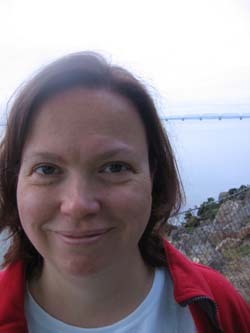 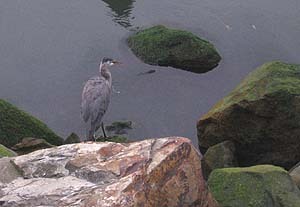 A heron, riverfront, before the start 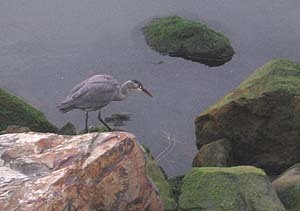 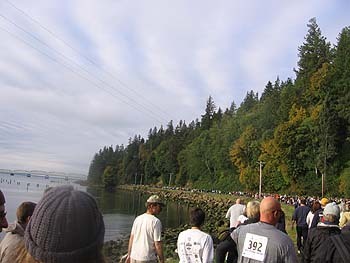 It was about a mile before we hit the bridge. 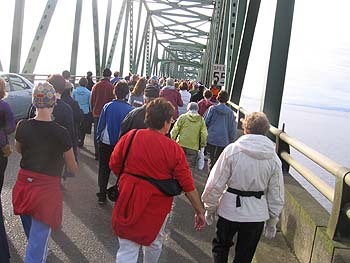 On the bridge. The runners are way ahead. I was about in the first 1/3 of the walkers. 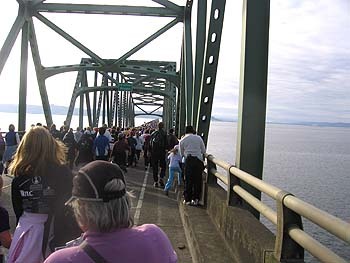 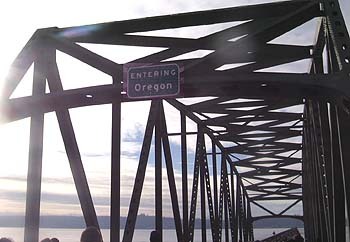 Entering Oregon. The race starts in Washington and crosses into Oregon on the bridge. This is about 2.5 miles in…It’s a little past here that jwa calls me to tell me that he’s done. 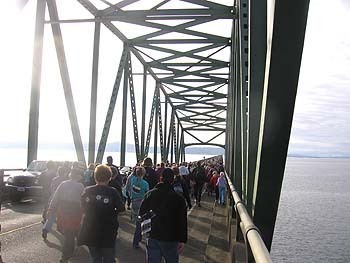 More bridge. I think this is still before the incline. 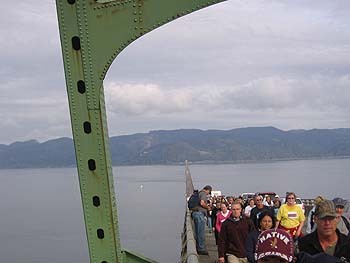 Looking back. Glad I am up the incline at this point! 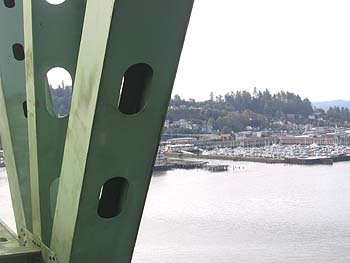 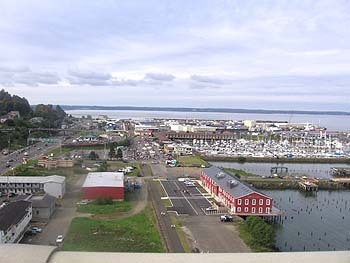 From the bridge still, but I’m in the home stretch! 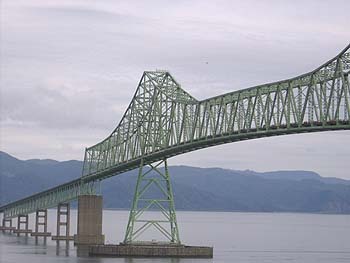 Looking back. Glad I’m only about .75 miles form being done here.

James finished early enough to go back to the room and take a quick shower and then meet me at the finish line. We both had a great time! We’re already looking forward to doing it again next year. I’ll post bigger pictures at flickr…