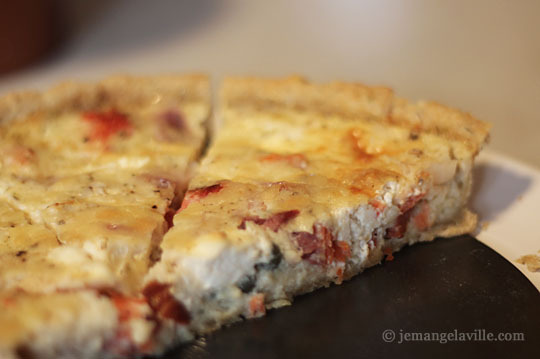 On Friday jwa brought some home some seafood graciously supplied by his friend Kevin at work (previously, he had been given some Crab that Kevin caught while crabbing). This time it was some freshly-caught salmon that had then been smoked here in town.

My initial idea for the smoked salmon was bagels and cream cheese but then I remembered this quiche recipe that I made all the time in the late 90s. It was a recipe from a 1996 issue of Cooking Light magazine and it might sound kind of weird, but it really works.

Now normally quiche is (of course, delicious) but also filled with cream, eggs and cheese and then poured into a buttery and white flour laden crust. So, so good but not really anything you can eat and not feel like you have to go on a 5 mile walk afterwards. Actually, it’s really rainy right now so I decided to lighten up the quiche instead. Plus, this recipe brings quiche into the realm of everyday eating, rather than just a high fat splurge.

Step One: Easy Olive Oil Tart Crust from Chocolate & Zucchini. This is the most awesome whole wheat and olive oil crust recipe. And it comes together pretty quickly and I’ve had no problem filling it unbaked and having it work out just fine. In fact, I recently used it for a French Fridays with Dorie quiche.

Step Three: Bake it all up in a tart pan. 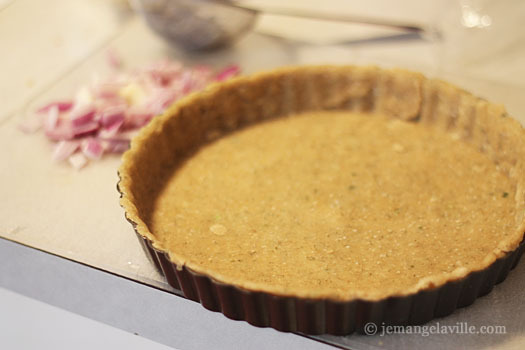 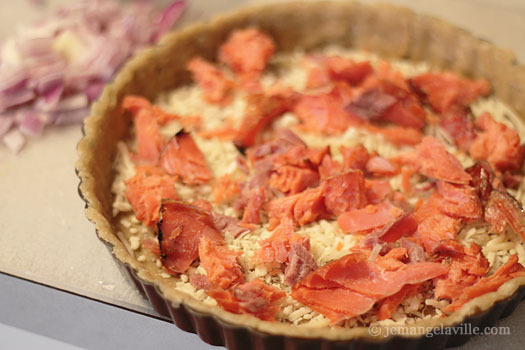 In a large bowl, add cottage cheese, evaporated skim milk, garlic, Dijon mustard, eggs, dill, salt and pepper. Use a hand-held stick blender to process into a smooth mixture. (You can also do this in a food processor or blender). 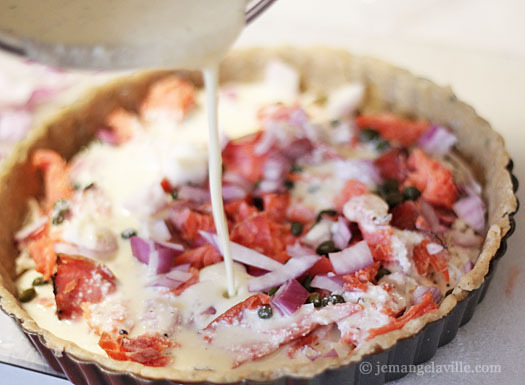 Pour egg mixture over salmon and then dot with the cubes of cream cheese. I like to put a few extra grinds of black pepper on top. 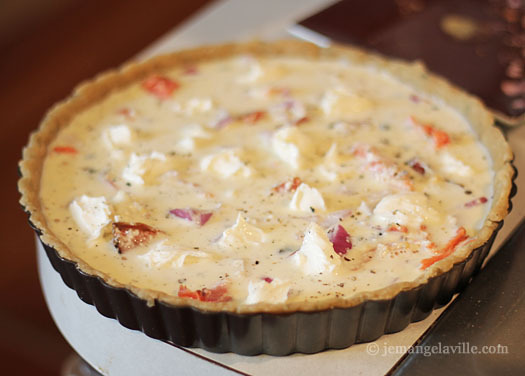 Bake at 400 degrees F for 15 minutes, then reduce heat to 350 degrees F and bake for 20-25 more minutes, or until a knife inserted 1 inch from center comes out clean. 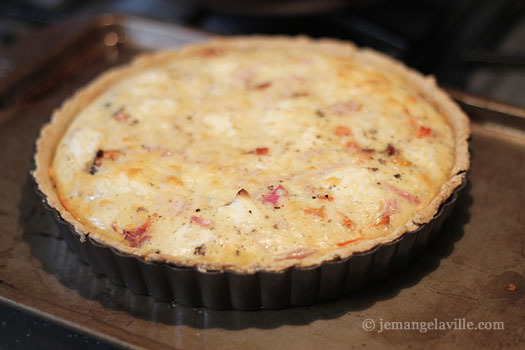 Let stand about 15 minutes before serving. You could also make the quiche a few hours ahead of time and just let it sit at room temperature until you are ready to eat it. 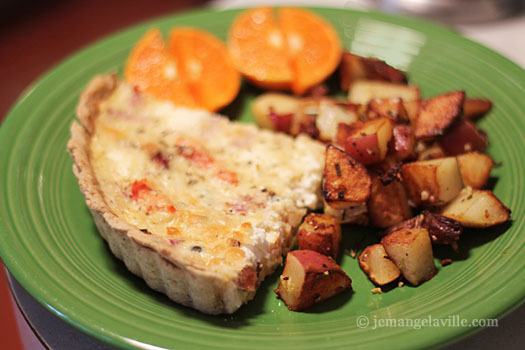 On Saturday we had a great seasonal brunch with this quiche and some rosemary and smoked paprika breakfast potatoes. Thanks Kevin!