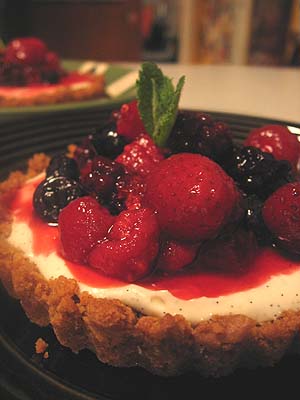 I decided to just go ahead and post this tonight, as I will be out of town on Friday. It’s a posting-palooza, I tell you!

Thanks to Lick the Spoon for coming up with a fun, creative theme for this month’s Sugar High Friday. Yay for alcohol! This was a very simple yet delicious recipe — I think it’s a keeper. I especially loved the visible vanilla seeds in the cream cheese filling. I made this version with frozen berries from Trader Joe’s, but I imagine that this will be even better in the sumer with fresh fruit.

The original recipe called for plain vodka but I had vanilla on hand, so I used that and cut down a bit on the vanilla extract. If using plain vodka, add 1 tsp vanilla extract to the gelatin mixture. This recipe can also be doubled easily, to make eight little tartlets. 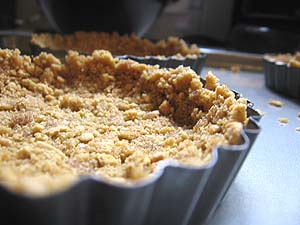 Bake until light brown, about 12 minutes. Cool crusts completely in pans on a rack. 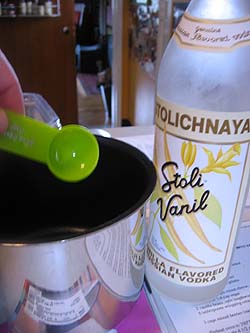 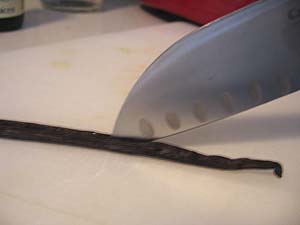 Slice vanilla bean in half and use the knife to scrape the seeds from bean. Add seeds into the cream cheese mixture and mix. 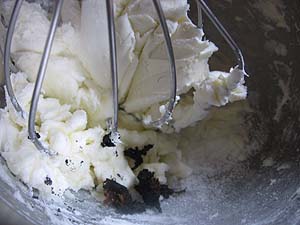 Beat in half and half, then gelatin mixture. Divide filling among cooled crusts. 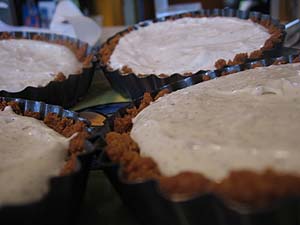 Cover tartlets lightly with parchment paper and chill three hours or overnight. Remove the ring from each tart. This is easy to do by placing the tart on a can or something smaller than the ring opening. Then, pull the ring down gently. 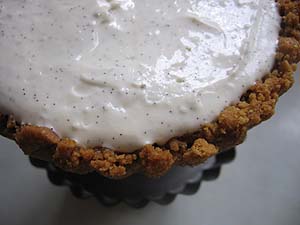 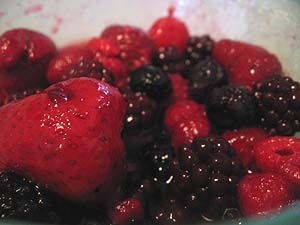 Top tartlets with berry mixture and serve with an optional garnish of fresh mint leaves. 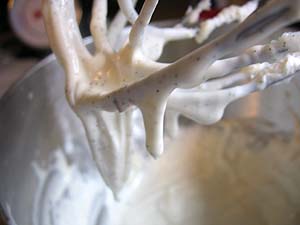 New post hopefully up next Monday. Tuesday if I’m too tired after the drive back. Have a nice week, everyone!